SweetWater 420 Festival hits on all cylinders, plus there's beer. Lots of it.

Don’t Miss A Beat at these 7 Music Festivals

Music is ingrained in the soul of Atlanta with a storied history of cultivating talent across multiple genres. From country and gospel to hip-hop and R&B, the city’s spirit of inclusiveness and diversity shows in the songs and year-round music festivals. And ATL has no shortage of rollicking musical gatherings that pay tribute to them all. With hometown heroes like OutKast, Indigo Girls, Janelle Monáe and more cementing its legacy as a music city, here are seven music festivals in Atlanta you should put on your calendar with one extra for good measure.

Explore one of Atlanta’s top music festivals, like ONE Musicfest alongside music icon Janelle Monáe.

In the home that gave us acts like OutKast, Killer Mike, Goodie MOB and Janelle Monáe, Atlanta needed a festival that paid tribute to hip-hop culture not only for where it’s been but for where it’s going like no other. And we got that with ONE Musicfest. In its 10th year, the musical melee of beats and soulful sounds from artists like Ice Cube, Jill Scott, Busta Rhymes, Erykah Badu, T.I., Lauryn Hill, Dungeon Family and more has been an Atlanta mainstay. The festival has grown exponentially year after year, with music publications like Billboard and Rolling Stone citing it as one of the year’s can’t miss festivals.
When: September
Where: Centennial Olympic Park

Every April while some are celebrating the other 420, Atlanta’s hometown craft brewery is rejoicing with a blend of music, art, culture and, of course, plenty of heady beer at the annual SweetWater 420 Festival. What started as a sustainability effort and Earth Day celebration in 2004 has evolved into one of ATL’s most beloved music festivals bringing more than 60,000 thirsty revelers and combining a 5K run, beer-tasting experience, comedy, dance party disco and headlining musical acts from around the globe. The cross-genre extravaganza has delivered the likes of Snoop Dogg and Widespread Panic plus Bastille and Ludacris, making it a must-attend experience no matter your musical flavor.
When: April
Where: Centennial Olympic Park

If it weren’t for jazz, we wouldn’t have a lot of the mainstream rock ‘n’ roll, R&B and hip-hop tunes we enjoy today. The influence that jazz has played in other genres of music is undeniable, and the nation’s largest free jazz festival, the Atlanta Jazz Festival, is a testament to that. Over its 40-year history, the expansive festival has hosted jazz greats like Dizzy Gillespie, Miles Davis and Nina Simone, and it continues to introduce new faces and sounds to the genre over a three-day Memorial Day weekend spectacular of soulful sounds at Piedmont Park. Cap it off with stellar food truck fare and fun crowd activities and you’ve got an instant party.
When: May
Where: Piedmont Park

Downtown Atlanta is the epicenter of entertainment, dining and attractions. So it’s no wonder that it would be home to some of the year’s most fantastic music festivals. Take the Shaky Knees Music Festival. Since starting in 2013, the homegrown music foray has been a rock-lover’s fantasy show bringing together acts from around the world like Florence + the Machine, Third Eye Blind, Jane’s Addiction and more.
When: May
Where: Centennial Olympic Park

While Shaky Knees caters to the rock lover, the Shaky Beats Music Festival is all about the EDM and hip-hop heads. This sister festival to Shaky Knees is a rage unto itself combining all the same fun, but with bass-thumping acts like Girl Talk, Bonobo, Nas, Major Lazer and more. You surely won’t want to miss a “beat.”
When: May
Where: Centennial Olympic Park

Music Midtown is synonymous with Atlanta and stands as the music event of the year. Even after taking a five-year hiatus, the festival, which started in 1994, came back stronger than ever drawing in crowds to the lush green space of Piedmont Park to rock out to an expansive lineup of music industry heavyweights. Eminem and The Killers? Check. Bruno Mars and The Foo Fighters? Of course. Drake and Sir Elton John? Say what?! Yes. When you bring in more than 130,000 partygoers from around the world to a music festival, you’re doing something right. That’s Music Midtown.
When: September
Where: Piedmont Park

Not only a festival, A3C (All 3 Coasts) Festival also combines an interactive conference that fosters collaboration in music, technology and business all through the lens of hip-hop culture. With humble beginnings as a small local showcase in 2005, the A3C Festival & Conference has blossomed into an all-week summit centered on the state of hip-hop, recognizing the pioneers of the industry and introducing new artists to the scene. With activities throughout the week including informative breakout sessions, nightly underground concerts, rap battles, DJ competitions and more, expect to see notable MCs like Nas, Ghostface Killah and others do what they do best at what’s lovingly called, “Hip-Hop’s Family Reunion.”
When: October
Where: Georgia Freight Depot, Downtown Atlanta 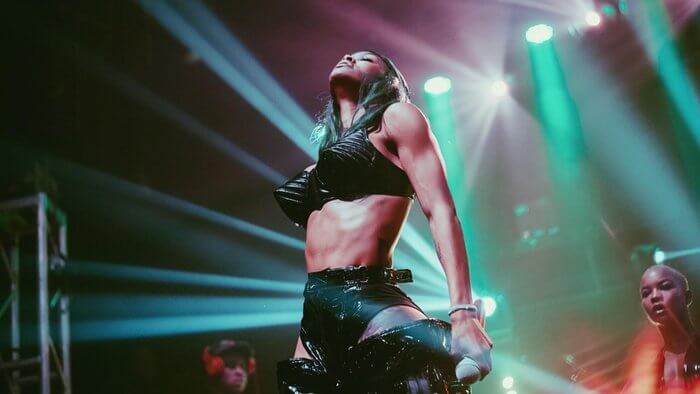 Red Bull has garnered a storied reputation of bringing the most awe-inspiring and culture-defining events not only to sports but also to the music scene. And its touring music festival is no exception. Part concert, part panel discussion, part photography exhibition, part rap battle, it’s two weeks of events spanning bass-heavy trap music, eclectic soul and body-moving R&B. The Red Bull Music Festival sets up shop in ATL with activations in Little Five Points, EAV, Westside, and more. The inaugural festival features an exhibit highlighting the work of prolific rap portrait photographer Gunner Stahl, an ATL-style TED Talk from Quality Control mogul Kevin “Coach K” Lee and concerts from Teyana Taylor, Ari Lennox and more. This is one not-to-be-missed festival that dives headfirst into the legacy of Atlanta as a mecca for hip-hop.
When: November
Where: Various Locations

Take a Scenic Drive Through Atlanta

Sports and OutdoorsYou've got the ring, you've found “the one,” but the proposal is leaving you a little lost?

A Guide to Atlanta's Most Unique Proposal Spots

EatDine-in service is returning to some Atlanta restaurants. Here is regularly updated list of restaurants where you can sit down and eat.

NewscredAtlanta is a city full of surprises and, while it’s fun to explore and discover on your own, sometimes it helps to have the inside scoop.

NewscredHere's your guide to local products at shops and markets around Atlanta.

Made In ATL: Great Local Businesses to Shop in Atlanta

AttendeeJust as most Atlanta restaurants have opened interior spaces as well as outdoor patios and balconies, the weather is getting colder.

Keep Warm as you Dine Outdoors at these Atlanta Restaurants