You'll be surprised at how scenic Atlanta's roads can be. (📷 Joleen Pete Photography)

Stop off and enjoy the beautiful green spaces within Atlanta. This is Winn Park in the Ansley Park neighborhood. (📷 Joleen Pete Photography)

Take a Scenic Drive Through Atlanta

Atlanta is a city surrounded by trees and that means that, even in the heart of Atlanta, there are beautiful neighborhoods, roads, parks and houses perfect for a Sunday drive. 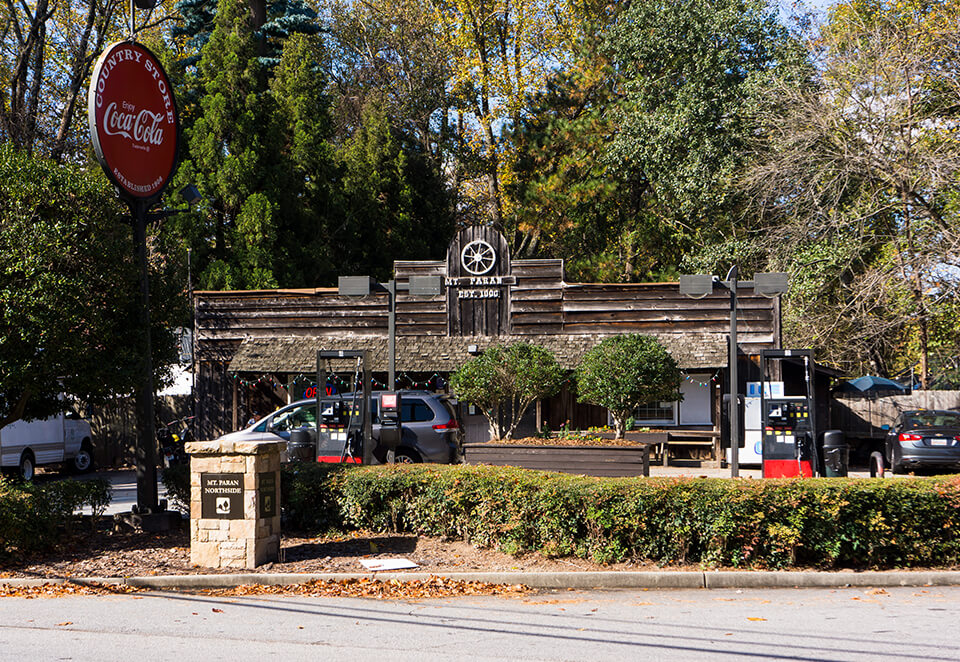 Northside Drive is an epicenter of gorgeous, lush landscapes, and lots of twists and turns. You might see a celebrity home or two. Producer Dallas Austin’s spaceship-style house is an easy one to spot. While you’re driving up Northside Drive, feel free to take a random left or right on streets such as East Conway, Jett Road and Garmon Road. These are mansion-filled streets.

Mount Paran Road intersects with Northside Drive and stops at Roswell Road and also is filled with mansions, old trees and churches. At the intersection of Mount Paran and Northside, stop by a local icon, the Mount Paran Country Store, one of the original full-service convenience stores/gas stations. And, we mean it. It first opened in 1906. Yes, you can buy gas, fishing equipment, canned goods and one of the best barbecue sandwiches in town. You can even make your own slush puppy with a variety of flavor options. An occasional chicken makes an appearance, too. Take a few pictures and you’ll have a hard time convincing friends that you were in the city. 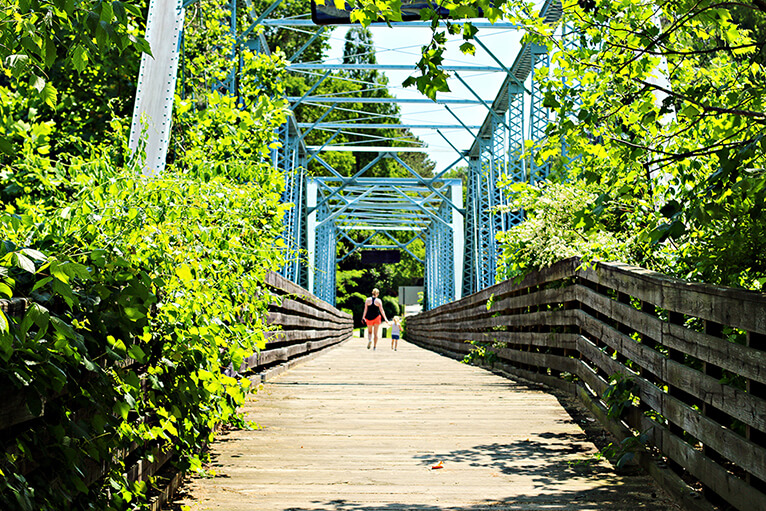 Paces Ferry Road is another fun drive. Actor, writer and producer Tyler Perry owned a 17-acre home overlooking the Chattahoochee River at 4110 Paces Ferry Road that featured seven bedrooms, 11.5 bathrooms and an underground ballroom. Although he sold it in 2016 for $17.5 million, you can still see it. Paces Ferry is loaded with beautiful homes and is home to the prestigious Lovett School. 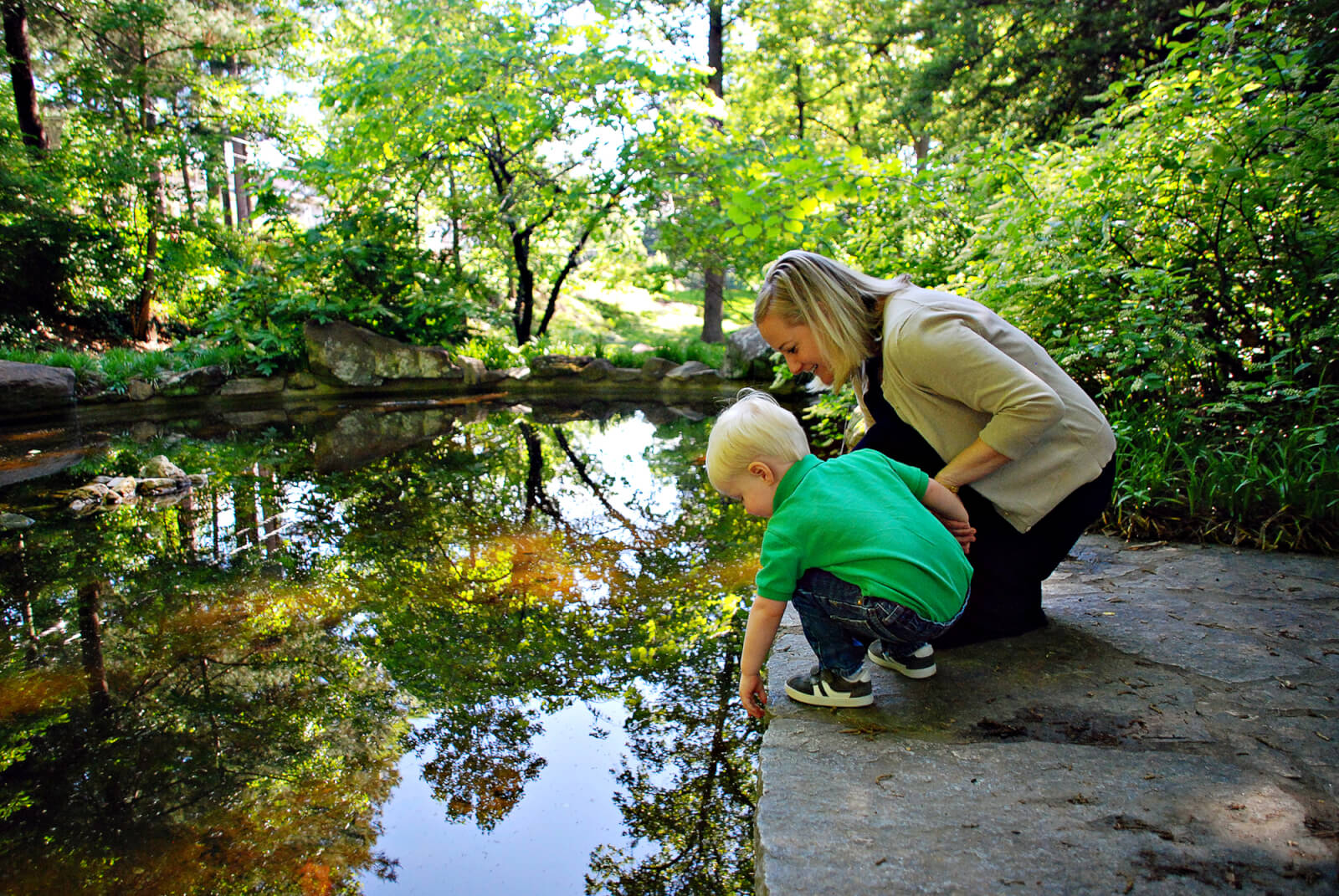 Ansley Park is another great neighborhood for driving around and marveling at the homes. Start at Peachtree Circle, behind Colony Square in Midtown and wend your way through the neighborhood that was developed between 1904 and 1930. You’ll find single-family residences and some new mega-mansions that replaced historic homes. Among the styles are Colonial, Federal, Italian Renaissance, Queen Anne and, well, let’s just say, eclectic. Winn Park and McClatchy Park bring even more greenery into an already well-landscaped area.

Elizabeth Street is the main north-south road in historic Inman Park, Atlanta’s first planned neighborhood. You’ll notice that many of the houses feature a butterfly, which is the neighborhood logo. The butterfly has two faces, one symbolizes the past, the other the future. Created around the turn of the century, the curved streets are home to grand Victorian homes, and these streets counted business moguls such as Asa Candler, founder of the The Coca-Cola Co., among their residents. 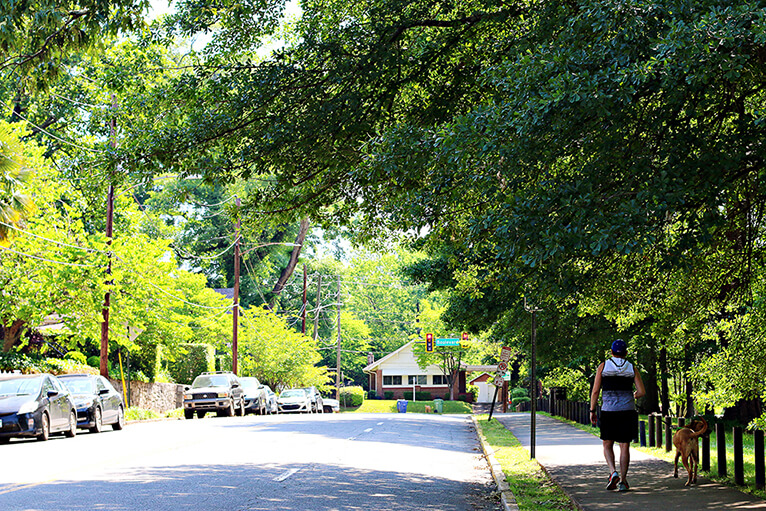 Grant Park, a popular neighborhood, is the home to Zoo Atlanta, but the entire neighborhood is a charming enclave of houses going back to the 1880s. Confederate Avenue is the main street, but again, spend time getting lost looking at the architecturally distinctive homes. 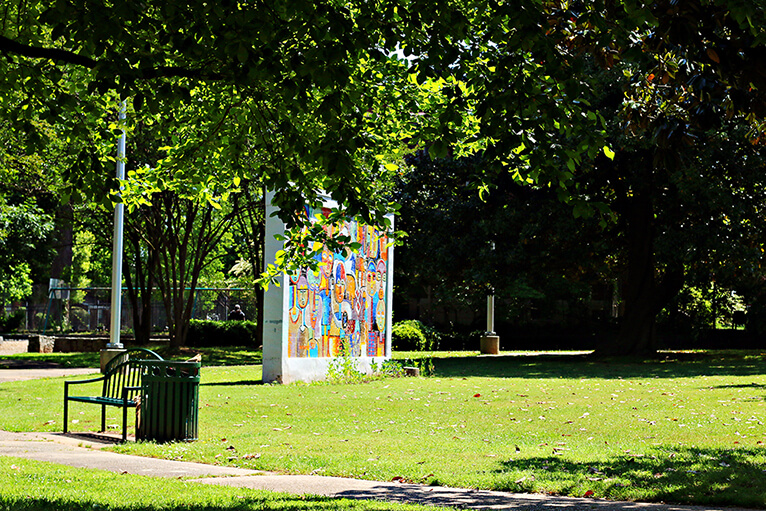 Driving around Atlanta’s West End is a delightful ride, and you might take a short break and visit the Wren’s Nest, home of “Uncle Remus” author Joel Chandler Harris. Streets such as Lee, Gordon and Ashby feature historic homes including Craftsman bungalows, Queen Anne and Folk Victorian. The West End has always been where middle and upper middle class, and some downright rich, African-Americans lived, and today these beautiful homes exist near historic churches, vegan restaurants and a growing arts scene.

Tap Into Atlanta’s Wellness Options for Your Attendees

7 Ways to Get Outside in Atlanta this Fall

Ultimate List of Things to Do in Atlanta for Nature Lovers

10 Atlanta Venues with a View