Go medieval on "The Meatstick" at One Eared Stag. (📷 Matthew Wong)

Bite Into The Best Burgers In Atlanta

When it comes to hamburgers, most Atlantans have a top five, and debate on the subject can get pretty contentious. “Oh! You like *insert your favorite ATL burger here*?! What’s wrong with your tongue?!” It can get heated, but it’s all love here when it comes to the brilliantly delectable burgers on this list. From classic doubles to chili-topped behemoths, binge on beefy bliss in our guide to some of the most perfect patties on the menu in Atlanta’s restaurants. 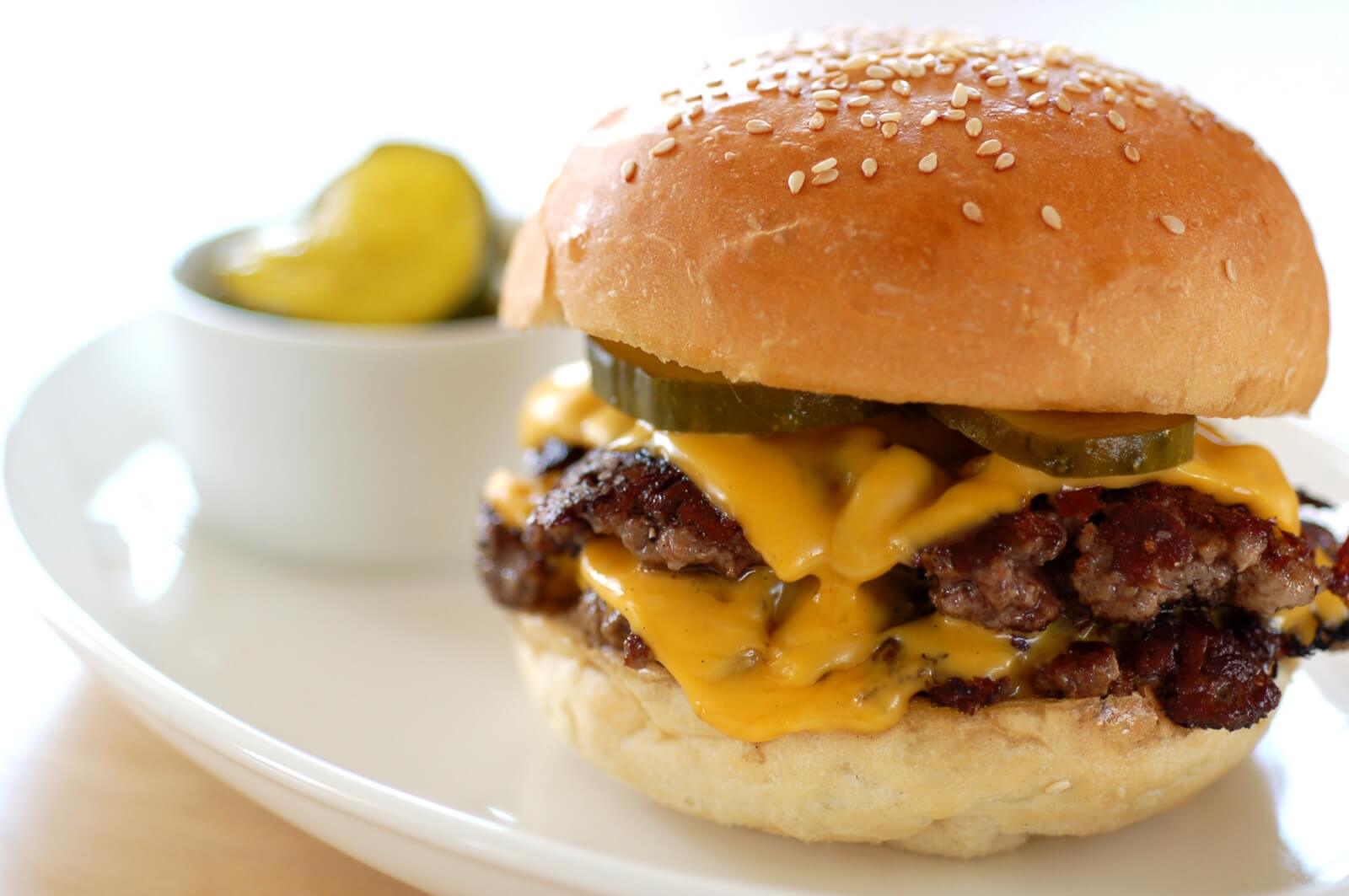 Minimal with big flavor, Westside contemporary American restaurant, Bocado, has been bringing the crowds with its sumptuous “Bocado Burger Stack” for years. Crispy, juicy griddle patties with American cheese and house-made pickles are a winner in our book. 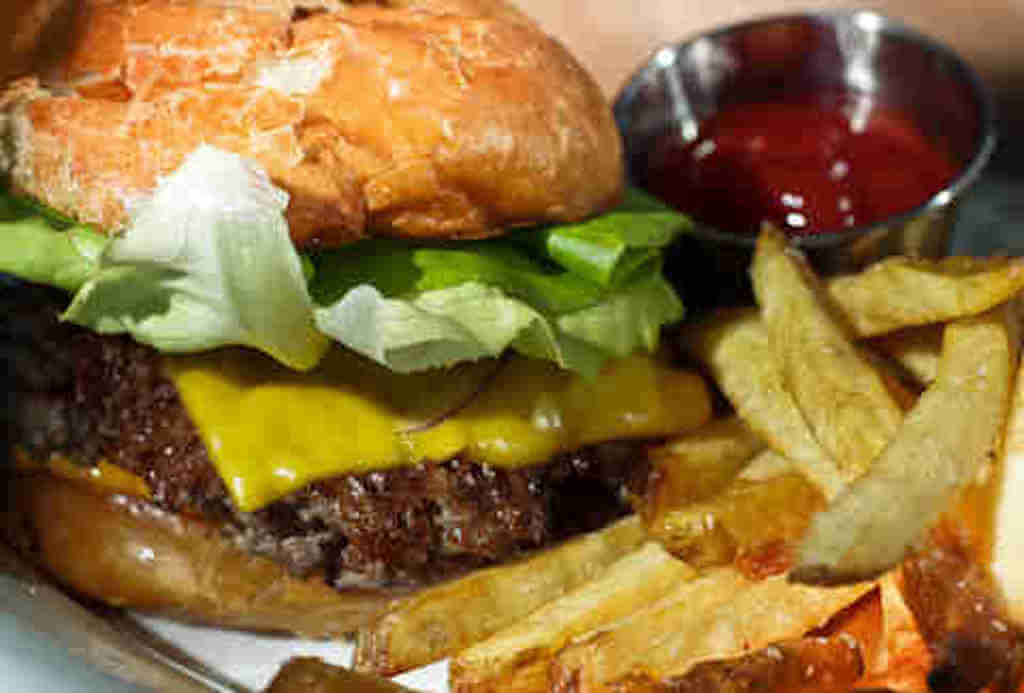 Inspired by a classic New York Jewish deli, you’d expect Emory Point restaurant, The General Muir, to have its fair share of cured meats like corned beef and pastrami. But one bit is so good that it makes appearances on the lunch, dinner and brunch menus. Chef Todd Ginsberg (who, fun fact, created the Bocado burger during his stint there) brings the “Burger Stack” topped with American cheese, shaved onion, B&B pickles, and the option to add crispy pastrami. Here’s a hint, take the option. 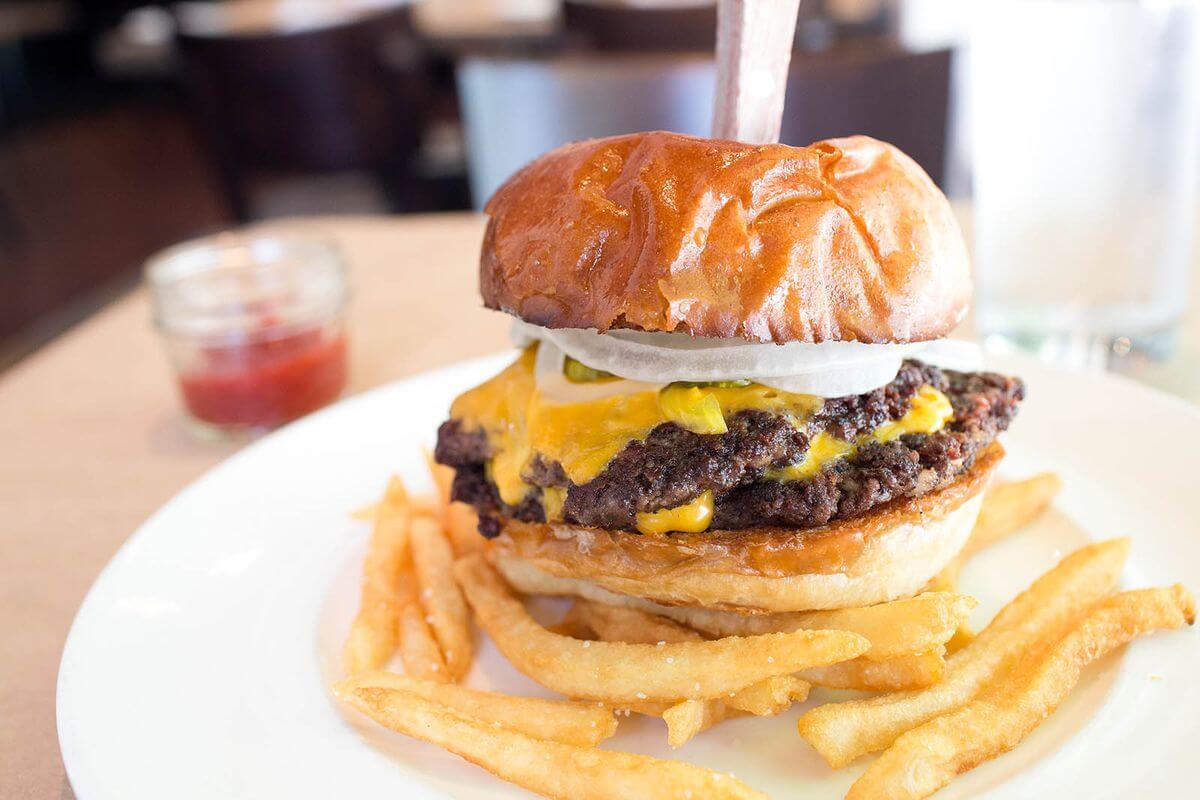 Edgewood Avenue mainstay, One Eared Stag, is a neighborhood fave for thoughtful farm-to-table fare, and the once off-menu now lunch-only hamburger option is no exception. Lovingly dubbed “The Meatstick,” this cheesy double unites house ground chuck with pickles and thin-shaved onion on a brioche bun held together by a freakin’ steak knife. Things just got real. 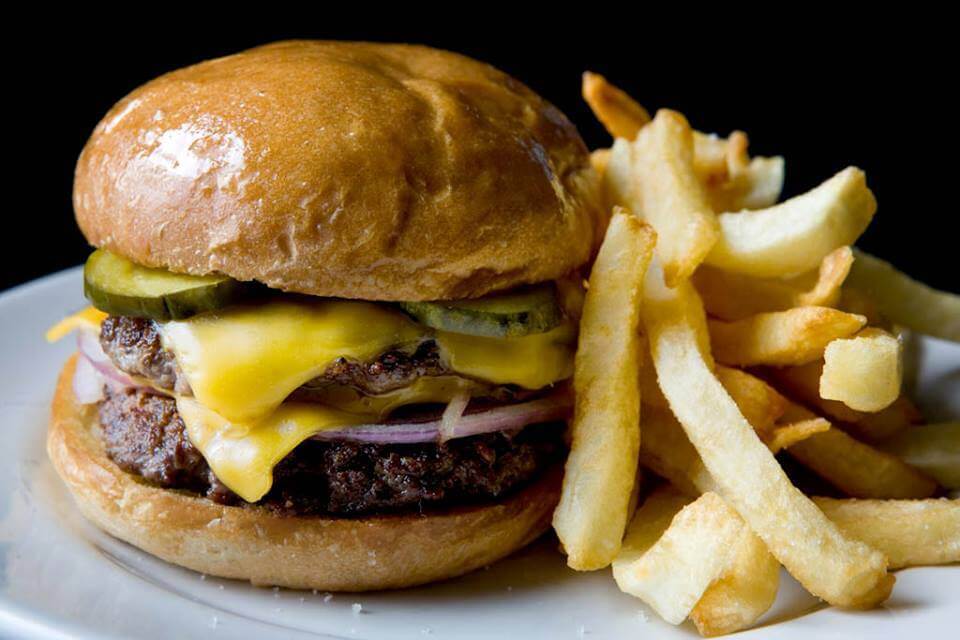 If you’ve ever wondered where Atlanta’s fascination with restaurant riffs on the classic hamburger started, you have Buckhead flavor house, Holeman and Finch Public House to thank. The brainchild of James Beard Award-winning chef Linton Hopkins, this juicy double cheeseburger began its storied existence as a late-night special where only 24 were available. The mystique in the limited-quantity ATL classic reached fever pitch and now it’s an all-day affair, still with only 24 available at lunch and dinner. But you can get it all day every day at the shop that spawned from its fandom, HF Burger. 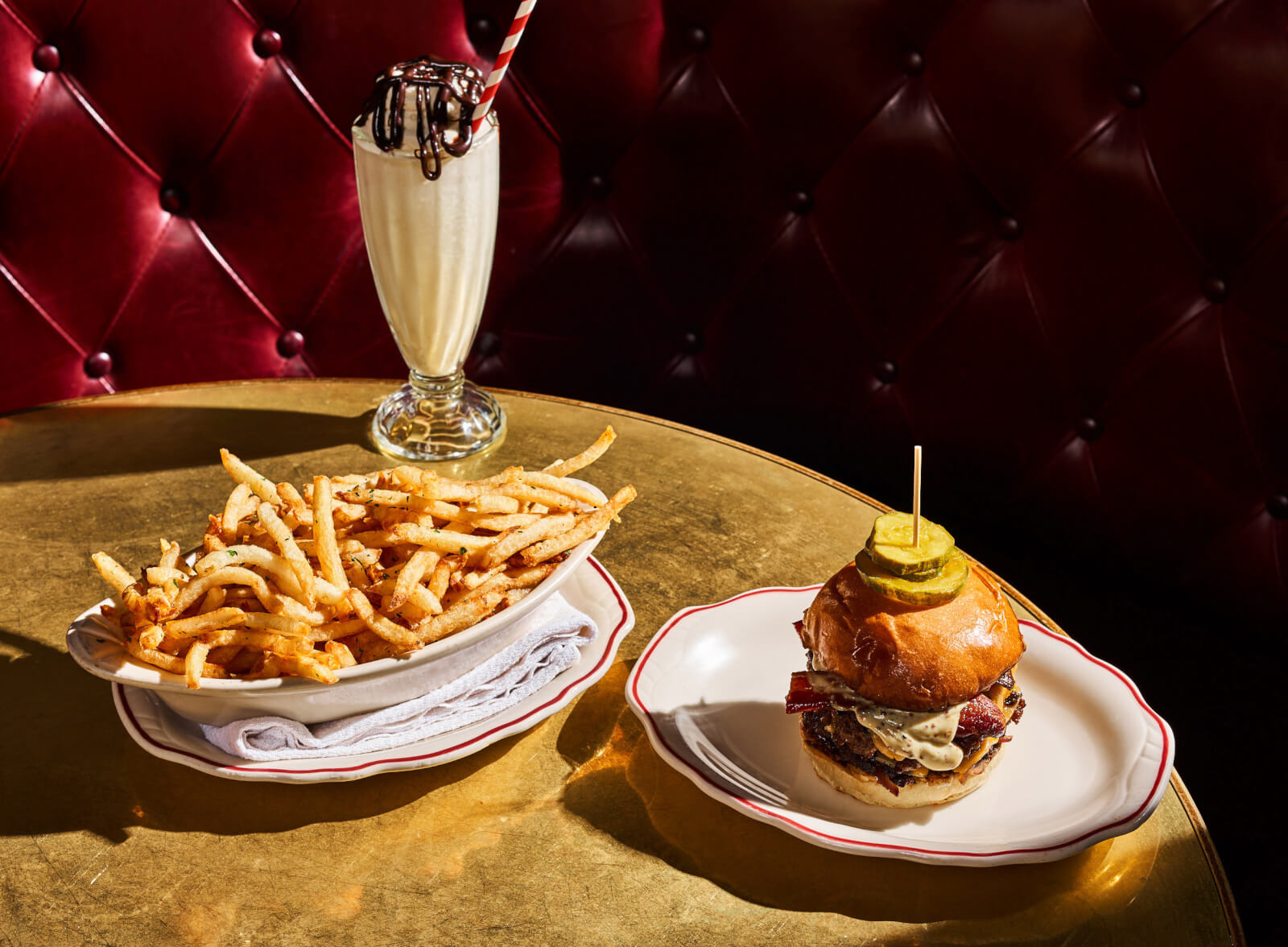 Elusiveness can be quite the boon for intrigue in the restaurant industry, and Atlanta chef and restaurateur, Ford Fry, cashed in with this offering at his Westside meat palace, Marcel. Debuting on the glitzy steak house’s late night menu from 11 p.m. to 2 a.m., the cheeseburger brings the heat, packing in a thick, meaty patty covered in American cheese, Dijonnaise and slab bacon. The after-hours offering proved so popular that you can now access it during work hours for lunch. You know, for those who like to get our shut-eye. 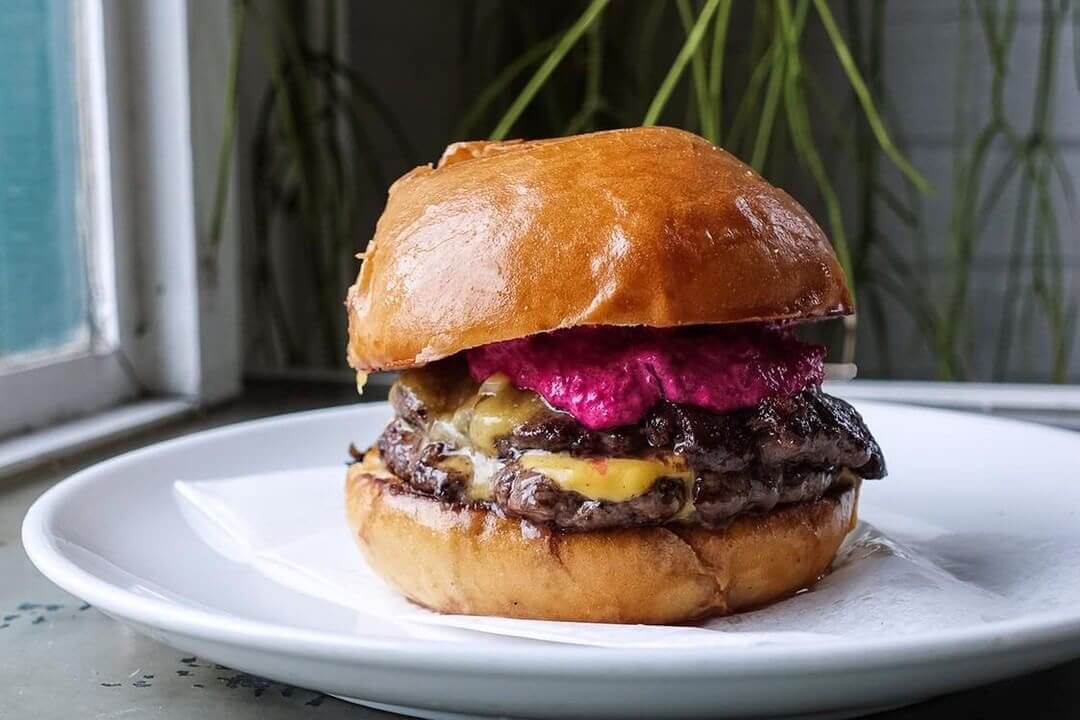 The late-night hits just keep on coming, and this one is pretty psychedelic. By far the most recognizable patty on this list, the 8Arm burger sports a savory patty adorned in caramelized onions, American cheese and hot pink “triple threat sauce.” Basically, it’s the signature house-made, beet-infused Thousand Island/Russian dressing hybrid. Things are getting weird, ya heard. 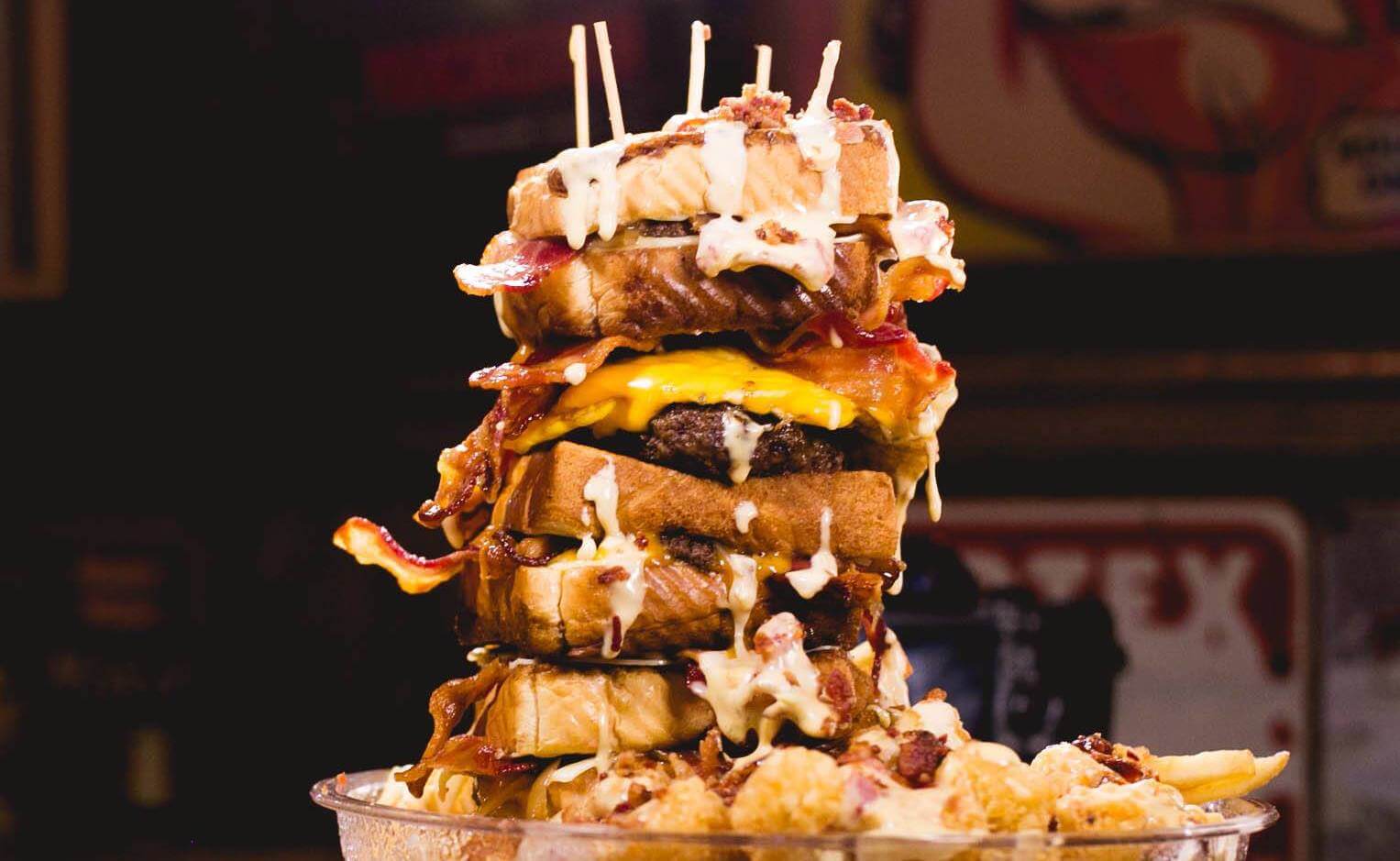 (📷 Courtesy of The Vortex)

There are burgers and then there are burgers, The Vortex’s Coronary Bypass burgers don’t fit in either category. Available in Single, Double, Triple and Quadruple, these flame-grilled monsters feature griddled patty melts as the “buns,” copious amounts of American cheese and bacon strips, onions and relish, with the Quad topping out at 9,606 calories. You’re going to need a bigger boat and appetite to take one of these down. 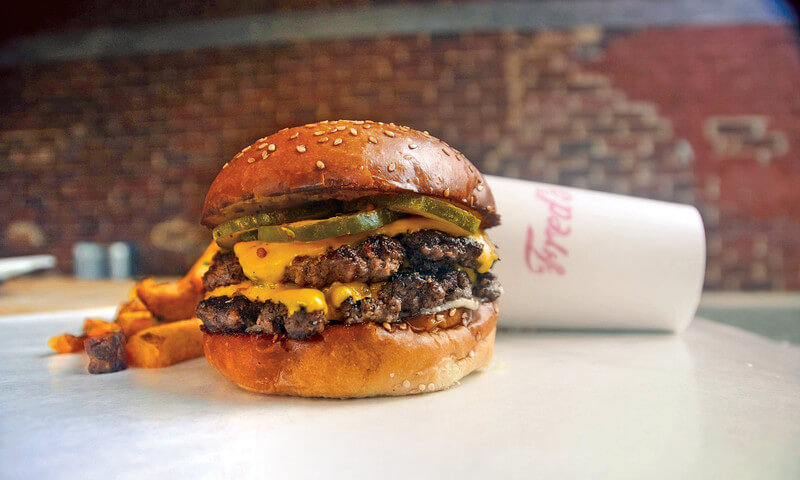 What’s in a name? When it’s Krog Street Market burger destination, Fred’s Meat and Bread, the name says it all. Another hitter from chef Todd Ginsberg (The General Muir), this version sports the same great flavor as the TGM Burger but in a smaller package on a sesame seed bun. Big things do come in small packages. 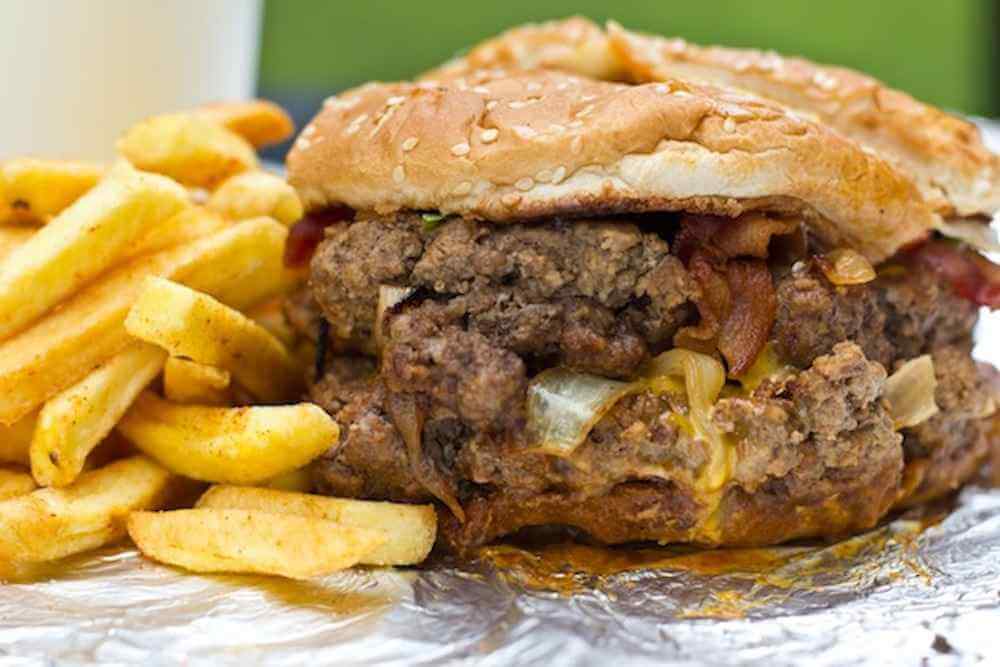 Although Miss Ann, the namesake proprietor of the tiny Kirkwood restaurant that garnered national acclaim for its burgers, is gone, the famous “Ghetto Burger” lives on. And not much has changed. The humongous burger is a masterclass in getting messy. Huge double patties are doused in unctuous chili, cheese, bacon and onions. This is not the time to be pretty. Get in there! 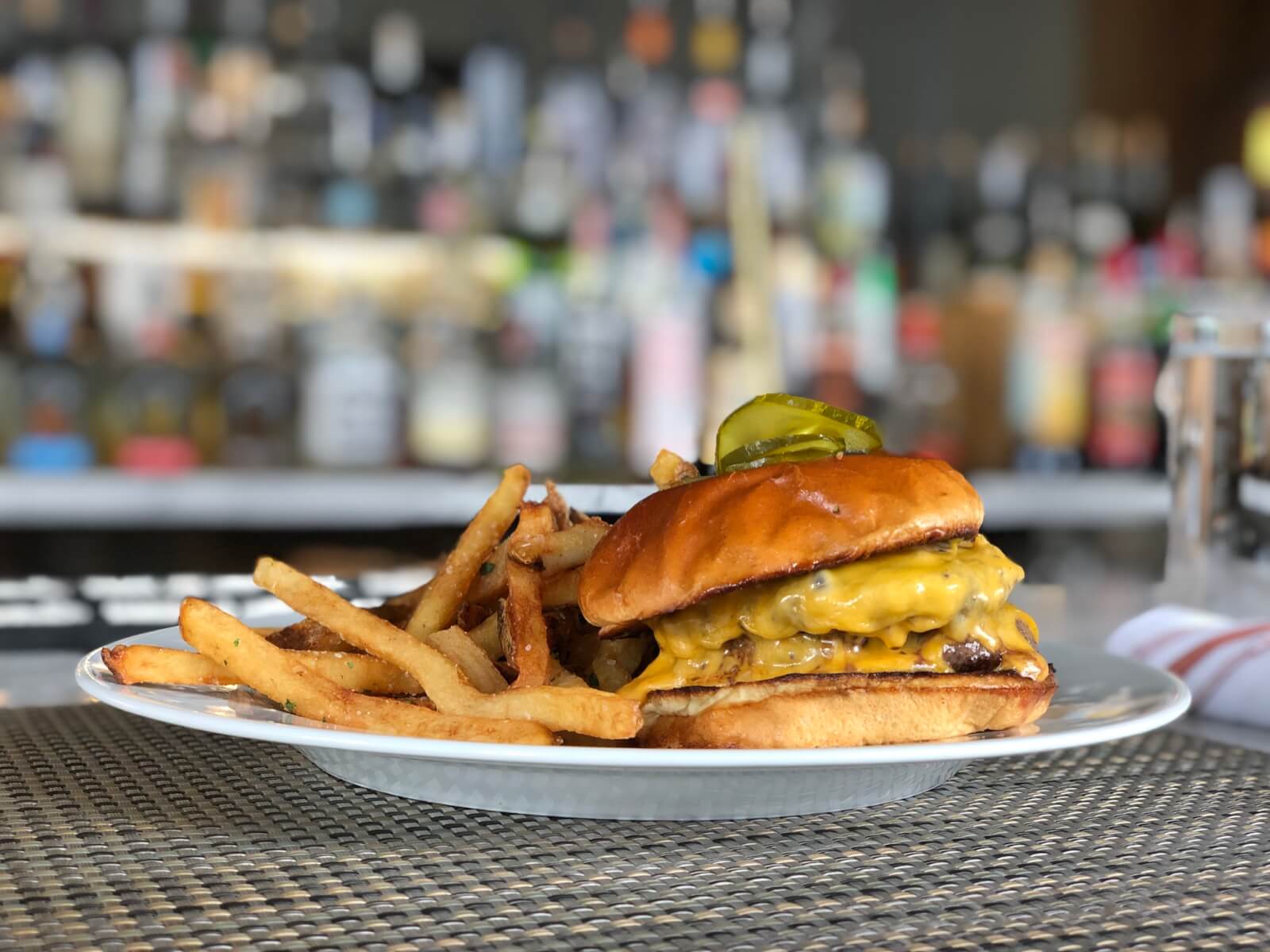 In honor of the burger icon herself, “Miss Ann” Price, acclaimed chef and cookbook author Todd Richards fashioned an ode to the ATL institution during his time at White Oak Kitchen & Cocktails. The “For Ms. Ann’s Snack Bar” pays homage to the classic with a modern twist featuring Wagyu beef, caramelized onion, American cheese and Dijonnaise on a brioche bun.

Where to Find Tiny Doors Hidden in Atlanta's Big Attractions

It's a Miracle on Peachtree in Buckhead

Tap Into Atlanta’s Wellness Options for Your Attendees