Here are a few things to know about Atlanta before you visit. (📷 Gene Phillips, AtlantaPhotos.com)

When someone says "Peachtree Street," make sure you know which one. There are 71 at last count.

Atlanta loves a festival and there always seems to be one somewhere around town. (📷 Dogwood Festival, AtlantaPhotos.com)

Atlanta is a city full of surprises and, while it’s fun to explore and discover on your own, sometimes it helps to have the inside scoop. Here are 10 of our favorite insider tips to help make your visit to Atlanta the best.

1. It doesn’t matter where you are from or what you call a carbonated drink – soda, pop, cola – in Atlanta, it’s a Coke or Coca-Cola. That’s because the worldwide headquarters of the Coca-Cola Co. is in Atlanta on North Avenue. The Varsity restaurant serves more Cokes than any other restaurant in the world, and if you want to know more about Coke, or try the company’s various drinks that are sold around the world, we suggest a visit to the World of Coca-Cola.

2. We love our sports. In Atlanta, a “mixed marriage” is one between a University of Georgia alum and a Georgia Tech graduate. It’s that serious. Whether it’s college football, the Atlanta Braves, Atlanta Falcons, Atlanta Hawks or the new Atlanta United, you can always find someone who will talk sports with you. Here’s a great conversation opener “How ‘bout them Dawgs!”

3. Getting around Atlanta is easy, especially since intown neighborhoods are surprisingly close together within the city. MARTA has a sophisticated network of buses and trains that easily get you from Point A to B. The airport station is the best way to get to and from one of the world’s busiest airports.

4. Yes, we know it’s a joke. But let’s face it. You can never have too many Peachtree Streets. At least that’s true in Atlanta, where we have (at last count) 71 streets with the name “Peachtree” in them. Peachtree Street/Road, which runs from Downtown through Buckhead, is Atlanta’s version of Fifth Avenue.

5. If you stop at 10th Street and Piedmont Avenue, you’ll see that the sidewalks are painted in rainbow colors. That’s because that intersection in Midtown is the center of Atlanta’s large gay population and cultural scene. Our Gay Pride Parade is one of the largest in the country, and we are proud of the city’s welcoming atmosphere. 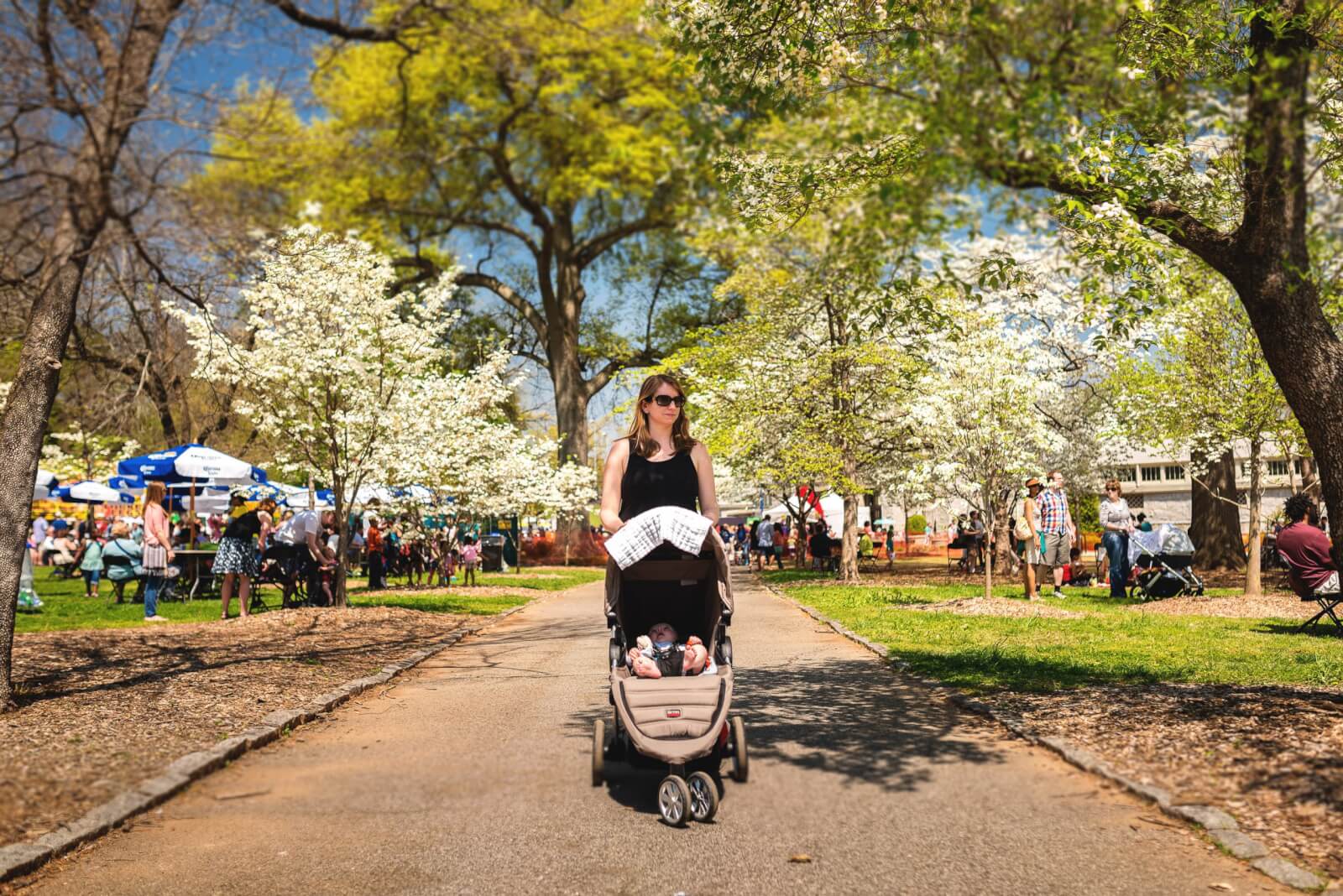 6. We love to party. Whether it’s a nightclub, dance hall, comedy club, bar or festival, there is always a party in the ATL. Many are free. Check out the Atlanta Dogwood Festival, Atlanta Arts Festival and the Atlanta Jazz Festival (one of the few free ones in the world that attracts top talent).

7. We’re rapidly becoming a foodie town. Atlanta is more than fried chicken, barbecue and sweet tea. We have many award-winning restaurants and even more celebrity chefs. Our cuisine is diverse, eclectic and delicious. 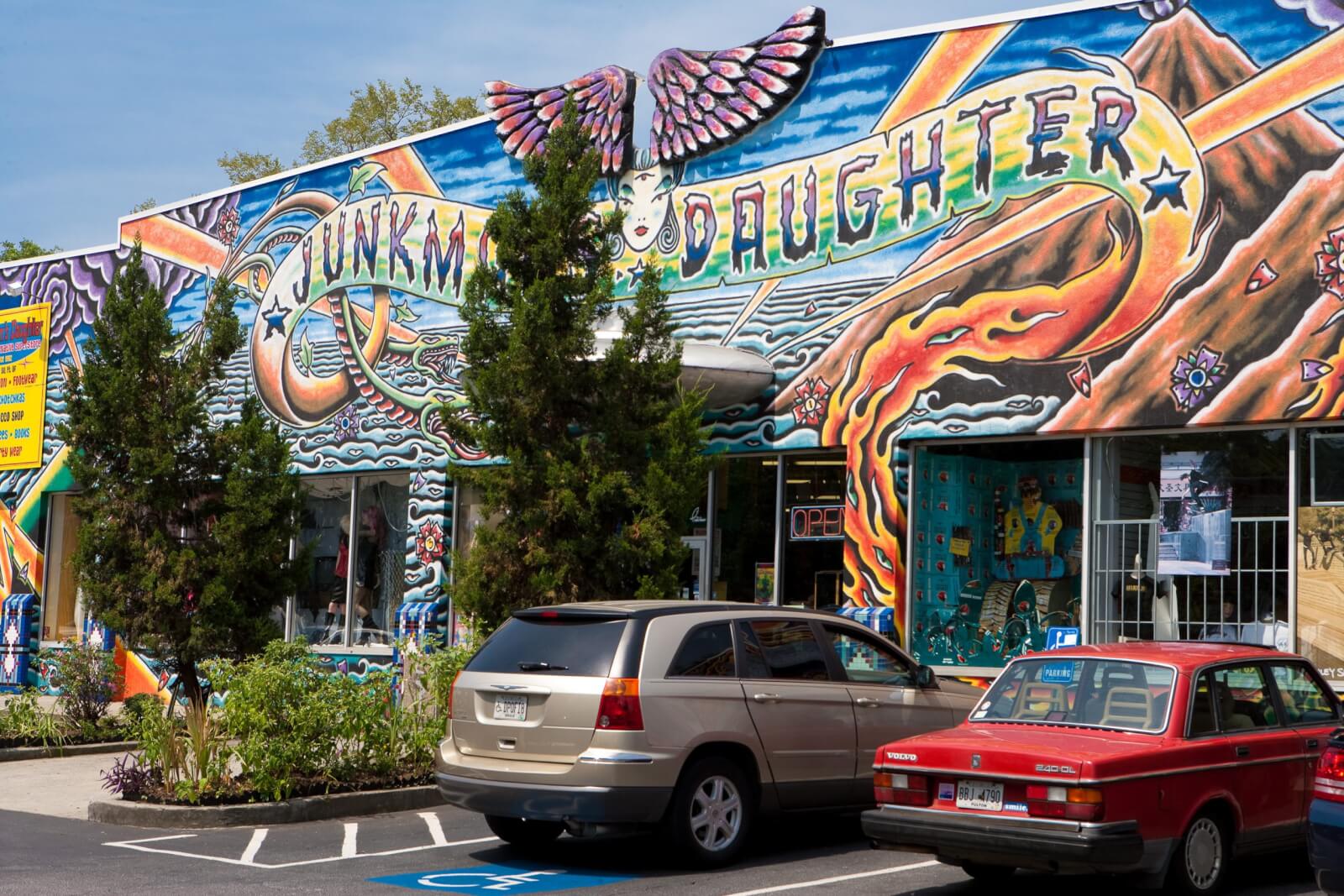 8. Check out our neighborhoods. Atlanta has a number of diverse neighborhoods, all with distinctive personalities, bars, restaurants and shops. Castleberry Hill, for instance, is an multicultural artsy neighborhood while Little Five Points revels in the counterculture and East Atlanta is an emerging neighborhood with a lot of fun bars.

9. There’s a hotel for everyone. With thousands of hotel rooms in the city, there is something for everyone’s taste and budget. From super exclusive hotels such as the Ritz-Carlton Downtown, the St. Regis Atlanta, Four Seasons and the Mandarin Oriental, to family-friendly hotels to hip boutiques, you’ll find a room that fits your needs.

10. Yes, that is Ryan Gosling plus Jennifer Lawrence, Tyler Perry, Chris Pratt, Clint Eastwood and Chris Hemsworth. Atlanta is one of the film and television capitals of the world, and there are television shows and movies being shot here all the time. (Here’s where you might spot a celebrity or two in town while filming.) We even have movie tours of filming sites for programs such as the “The Walking Dead” and “Vampire Diaries.“

Cool Things To Do in Atlanta in December

12 Indoor Things to Do in Atlanta

How to Celebrate Chinese New Year in Atlanta