On Stage at the Imagine Music Festival in Atlanta

Atlanta’s nightlife scene is centered around nightclubs and events that combine laser lights, smoke machines and entrancing beats to create unforgettable experiences – and DJs are the architects. They provide the soundtrack to the night, blending your favorite jams with scratches, sound effects and a sense of wild excitement that makes crowds scream. Stay up late and take a journey into ATL to hear these musical maestros drop the beat.

Located in Atlanta’s Eastside on Ponce de Leon Avenue, MJQ is an Atlanta institution plain and simple. You can’t talk about the nightlife scene without including this underground pit of bass-heavy beats and debauchery where DJs belt out a variety of musical styles depending on the night. If you aren’t filled with joy and drenched with sweat from head to toe after showcasing your wildest dance moves, you’re doing it wrong.

Insider tip: Enter through what looks like an old shed and proceed down to this underground space.
Where: Eastside at 736 Ponce de Leon Ave.

Edgewood Avenue restaurant/club hybrid, The Sound Table, brings the vibes to Atlanta’s nightlife scene offering an equal mix of sumptuous food, brilliant cocktails and big style. The go-to party mainstay may be small, but it brings an array of musical genres under one roof with DJs spinning everything from old-school hip-hop to ethereal trance melodies.

Insider tip: Check out DISTINCTIVE, The Sound Table’s monthly DJ set featuring themed vibes and artists from across the nation.
Where: Eastside at 483 Edgewood Ave. SE

Plumes of fog and confetti fill the air as an air horn reaches its crescendo signaling the party is just getting started. And this is just a typical night at Opera, the Midtown mansion on Crescent Avenue known for unadulterated good times. The ultimate party destination draws in celebs and revelers worldwide for a diverse selection of rotating DJs diving into everything from EDM to international to Top 40 sets.

Insider tip: Grab a late dinner at South City Kitchen or Tin Lizzy’s for fuel, then walk over to Opera and sweat off those calories.
Where: Midtown at 1150 Crescent Ave. NE 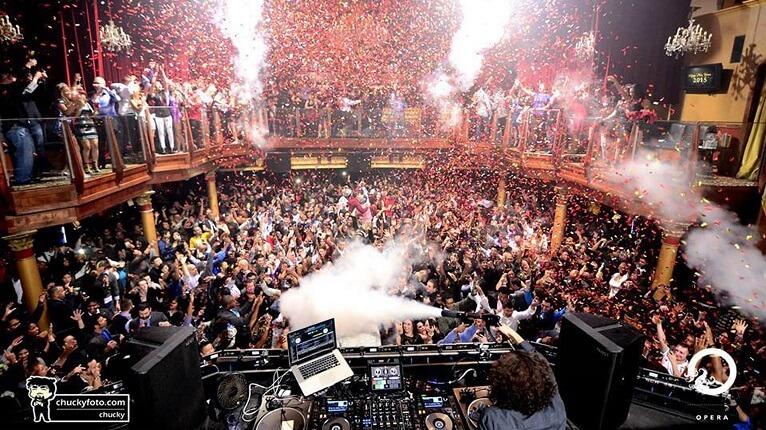 Upscale and with plenty of style to spare, Gold Room delivers on an elevated party experience every Friday and Saturday. Playing host to celebrity parties from the likes of ATL-faves Ludacris, 50 Cent and a host of professional sports players and actors, the luxe space drives the Buckhead vibes in an audiovisual feast for the senses.

Insider tip: Plan your weekend party in advance and have less of a wait when it comes to party time by RSVPing to GR’s guest list on its website.
Where: Buckhead at 2416 Piedmont Road NE

Midtown’s newest destination for revelry is going all-in on the EDM good times. Ravine is a laser light-filled oasis worth plunging into and has already lured the likes of internationally acclaimed DJs Steve Aoki and Party Favor plus more to its 16,000 square-foot space.

Insider tip: We hear there’s a pretty awesome Federal Reserve-inspired heist mural on the side of Ravine that is worthy of a ‘gram.
Where: Midtown at 1021 Peachtree St. NE 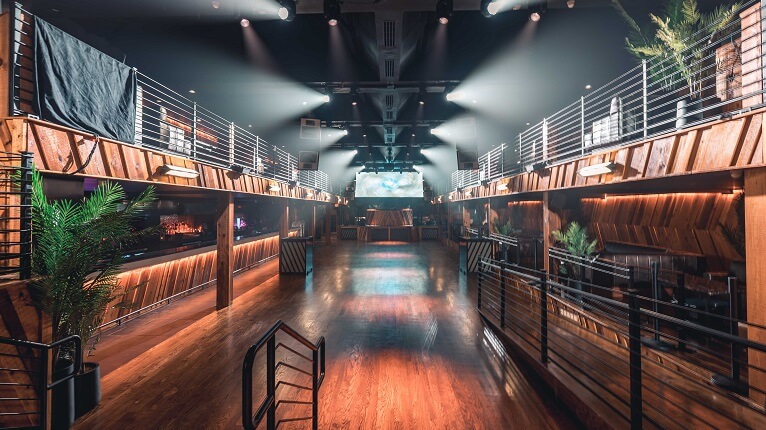 What does it mean when a nightclub has been around for 20+ years? It means if you haven’t partied there, what are you waiting for? Tongue & Groove is an icon in Buckhead’s nightlife scene and ground central for celebration. Even after switching locations in 2008, the party didn’t stop, and you can find the hottest DJs spinning on Monday (to get your week started off right) and Wednesday through Saturday for a variety of themed sets. 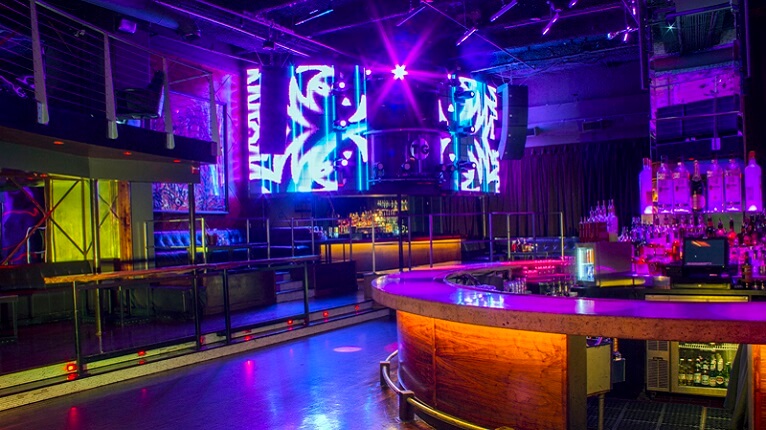 Clubs aren’t the only place to hear DJs move the crowd. There are entire festivals dedicated to the craft, and Imagine Music Festival is one of our favorites, highlighting the body-rocking EDM genre. Literally ATL’s version of Coachella, the Imagine Music Festival means a wild weekend of incredible costumes, various stage experiences and the top electronic artists in the game like The Glitch Mob, Armin Van Buuren and more.

Insider tip: If you want the full Imagine experience, opt for one of the many camping/glamping options with exclusive access to silent disco parties, workshops and more.
Where: Atlanta Motor Speedway

Hundreds of well-known, plus up-and-coming, hip-hop artists, producers and DJs from around the world make A3C the ultimate gathering for the genre every year. Part education and part party, the annual hip-hop conference is the place to see the scratching prowess of DJs blending old and new tracks in head-to-head battles.

Insider tip: Music artists looking to make their big break will want to splurge on the five-day pass for access to all the workshops and conferences. You never know who you might meet.
Where: Georgia Freight Depot

House in the Park

House music isn’t just a Chicago thing. Atlanta showcases the genre in its full splendor with the talent of noted Atlanta DJs Ramon Rawsoul, Kai Alce, Kemit and more at House in the Park. The annual exploration draws a multicultural celebration of 10,000+ attendees to Grant Park for one day of amazing, body-moving tunes.

Insider tip: Bring your tents and foldable chairs. While it’s an all-day dance party, you’ll want to rest at some point.
Where: Grant Park at 537 Park Ave. SE 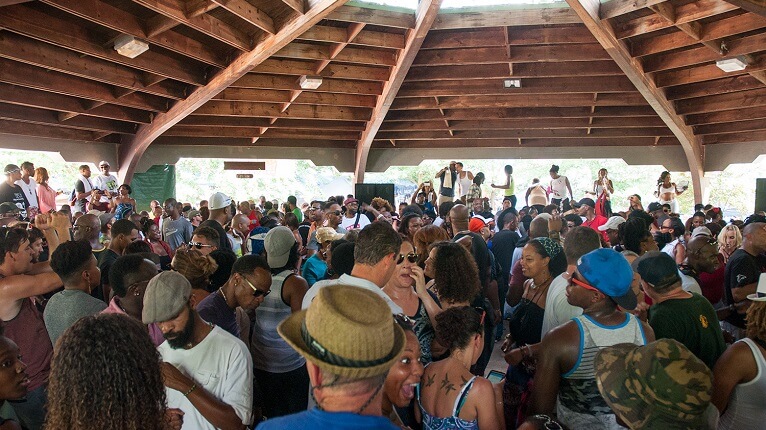 DJs are artists in their own right and ONE Musicfest puts them on full display not only having them provide the tunes in between big-name acts like Nas, Big Boi and 2Chainz, but also giving them a specific stage to move the crowd as they see fit. And move you will when the likes of DJ Nabs, DJ Skills and more take over the yearly DJ stage for a nonstop, head-nodding party spanning sounds ranging from classic crunk to trap to old-school hip-hop.
Insider tip: Don’t let ATL weather catch you slipping. ONE Musicfest is rain or shine, so have a raincoat or hat handy.
Where: Old Fourth Ward at 400 Merritts Ave. NE

10 Atlanta Venues with a View

Things to Do for Spring Break in Atlanta