Park Tavern, next to Piedmont Park in Midtown, offers great food and lots of football viewing.

The Marriott Marquis's High Velocity is one of the largest sports bars in downtown Atlanta with 29 HD TVs. 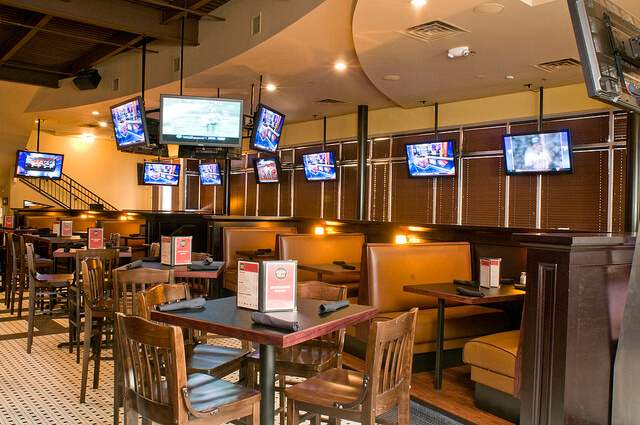 Hudson Grille, which has several locations including Downtown and Midtown, is a top spot for watching all the football games on Thanksgiving Day. Don’t worry about missing a game; several large television sets hang from the ceiling. The folks at Hudson Grille will have several fall and holiday favorites on the menu since it’s important to keep your strength up in order to keep track of all the games. Try the brown sugar-glazed ham with house-made cranberry sauce, honey-braised carrots, scalloped potatoes and a warm dinner roll or the roasted rosemary turkey breast with cranberry-orange sauce, cornbread stuffing with turkey gravy, and mac & cheese.

Potluck Dinner
Diesel Filling Station in Virginia-Highland has a different take on Thanksgiving. That establishment is holding a potluck dinner, so bring a side, sit down, watch the game and Diesel will provide the entree. Diesel is a lively sports bar with lots of television sets, including on its heated outdoor patio.

Beer and Football
With more than 20 TVs plus ample bar and high-top seating, High Velocity at the Atlanta Marriott Marquis is a fantastic place to sit, order a beer and watch the game.

Irby’s opens just in time to watch the Falcons. (📷 Chil and Co)

Irby’s Tavernin Buckhead dubs itself “Atlanta’s hometown sports bar,” and it is the perfect place to watch the Falcons on Thanksgiving. The restaurant will open at 7:30 p.m., just in time for the game. 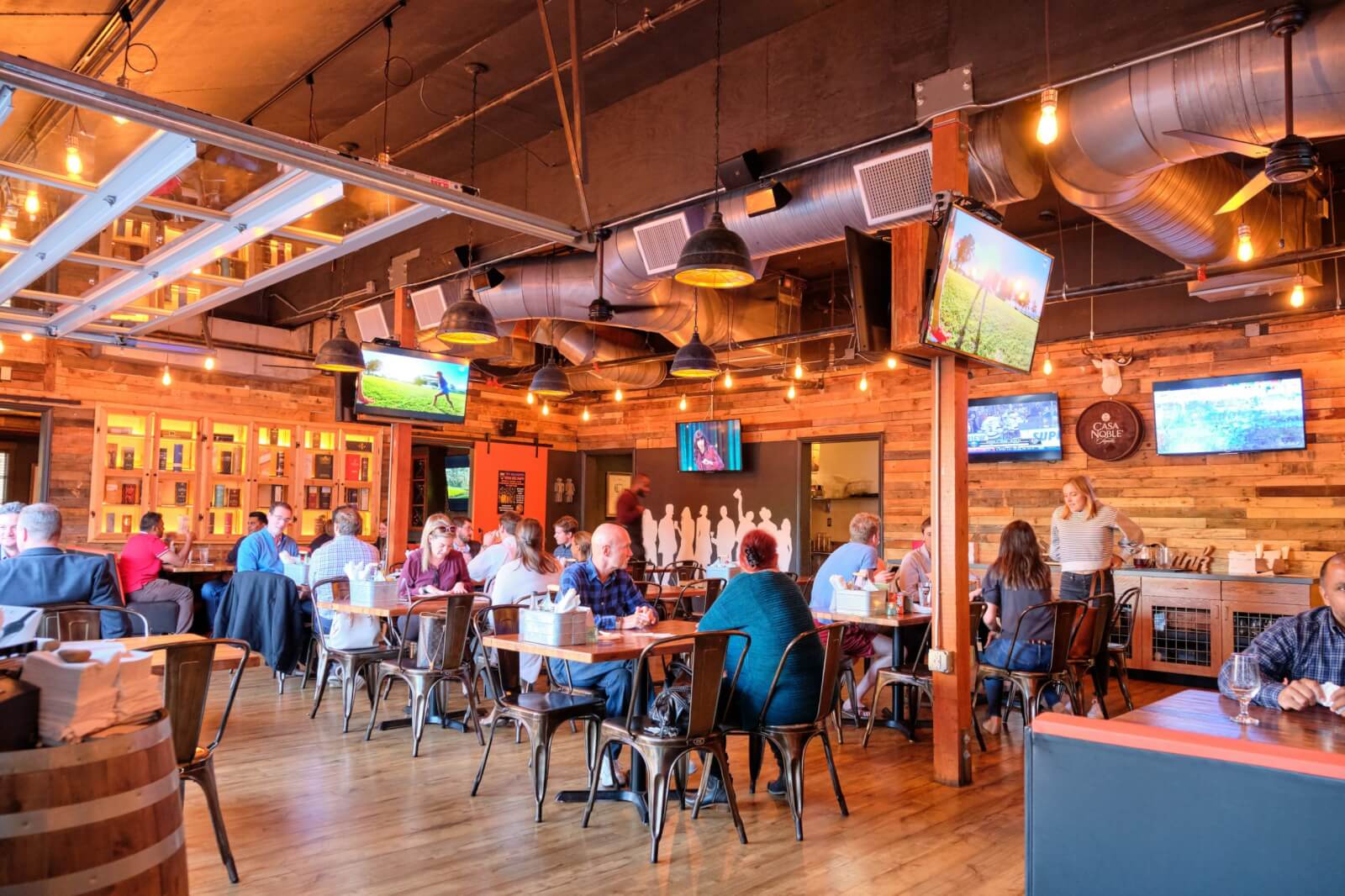 Hobnob with other football fans at, you know, HOBNOB.

HOBNOB at the Perimeter and Brookhaven will be open with the games front and center. HOBNOB’s Midtown location, however, will be closed.

Wings and Brew
Taco Mac, one of the best places to have wings and a beer, will be open from 4 p.m. to the usual closing time. There are several locations around town, all of which are perfect for game-watching. 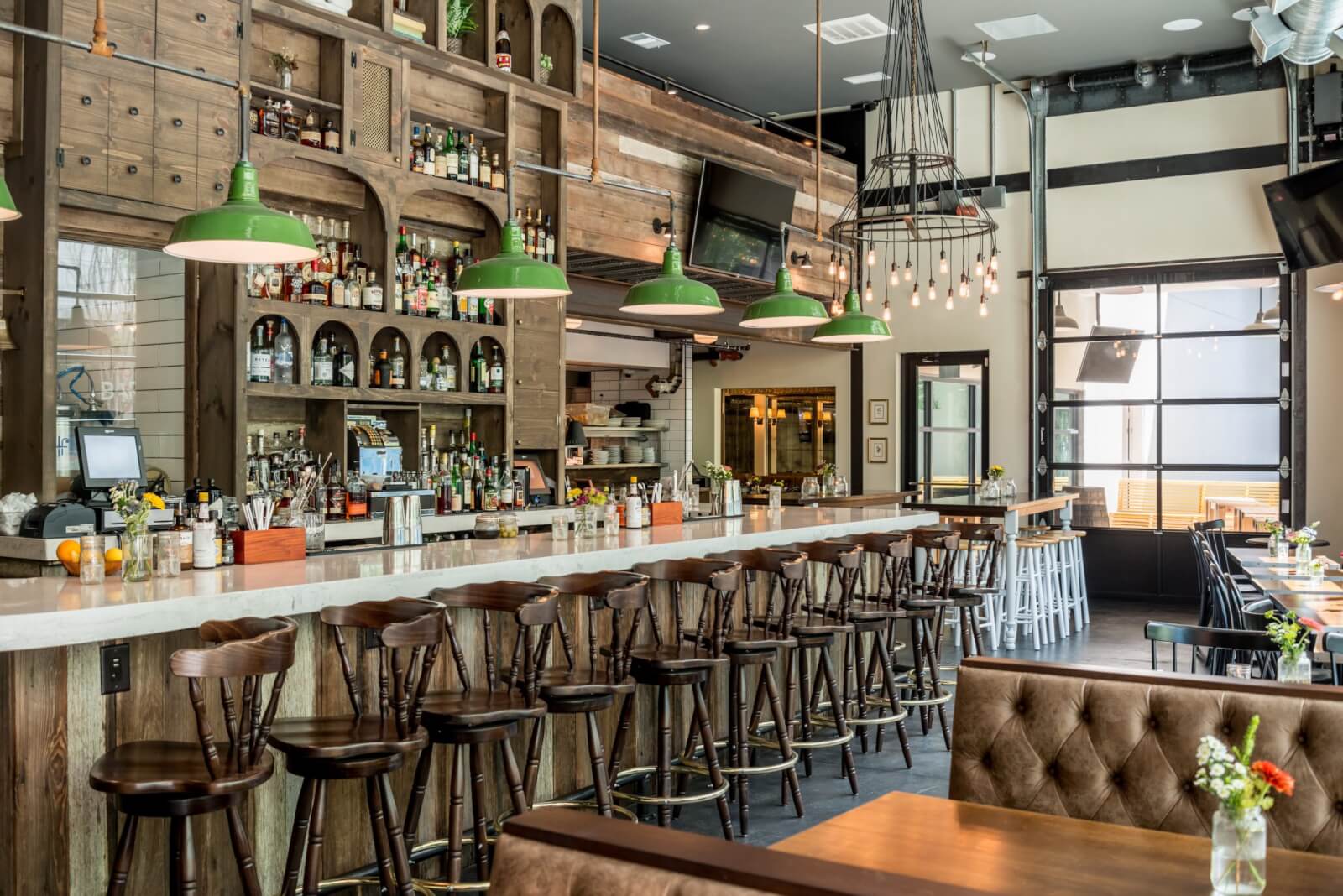 Cheer the Falcons in Inman Park.

Hampton + Hudson, a community restaurant and bar serving locally sourced seasonal pub fare in Inman Park, will open at 6 p.m. on Thanksgiving Day-again perfect for watching the Falcons. There will be a special food menu as well as drink specials, and the day’s football games will be playing on televisions throughout the restaurant. 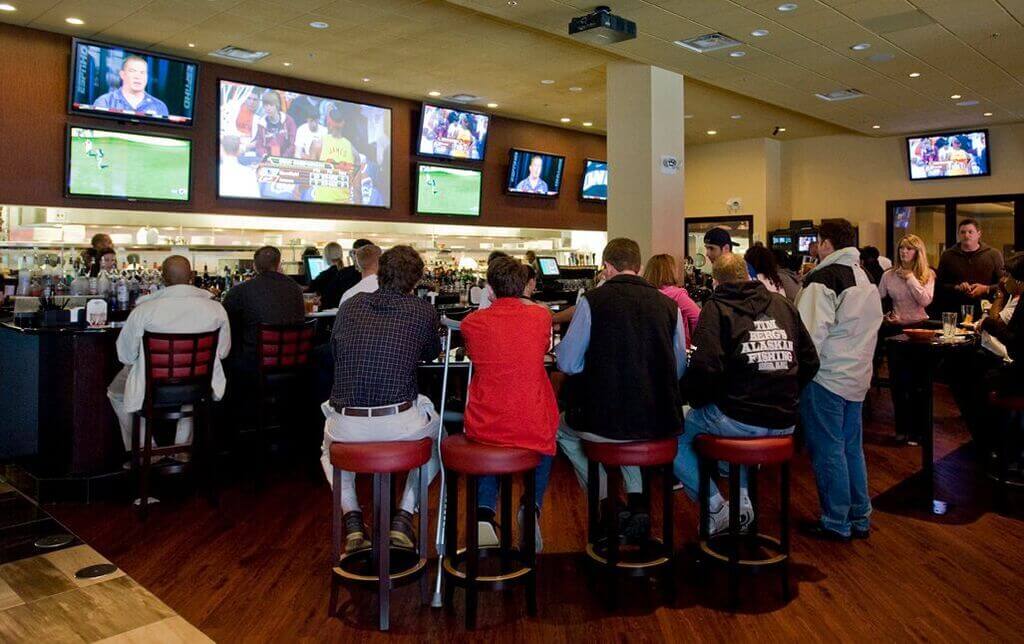 Have some raw oysters with your game.

If you are in Buckhead or Downtown, head over to Dantanna’s to catch the game. Sports fanatics can dive into its Shuck and Shell Appy Hour featuring $1 raw oysters and 50 cent peel and eat shrimp from 4 to 6 p.m.

Ice Skating, too
Park Tavern in Piedmont Park is pulling out all the stops. Not only will it be open for Thanksgiving but so will its popular ice skating rink. Skaters can hit the ice during half time and then catch their favorite teams on multiple flat screen TVs.

Big Crowd
Atkins Park in Virginia-Highland is doing it all. Not only is Atkins Park offering a Thanksgiving menu along with its regular items, but there will be a large crowd watching the many screens and rooting for their favorite teams.

Murphy’s, the iconic Virginia-Highland restaurant prepares a four-course Thanksgiving meal to go that is paired with wine. The meal serves four persons for $155 and there is a non-turkey option for $95. Dietary restrictions can be accommodated upon request. The menu includes butternut squash soup, mixed green salad and roasted, boneless, brined turkey breasts along with sides such as maple-glazed sweet potatoes, cranberry and orange chutney, apple cider turkey gravy and green beans. For the fourth course choose among pumpkin, Fuji apple, Georgia pecan or Toll House pies. For $59.99 you can also bring home a Thanksgiving four-pack of wine.

Touring Atlanta in a Day

Made In ATL: Great Local Businesses to Shop in Atlanta

Things to Do Near Atlanta University Center